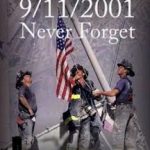 When Franklin Roosevelt coined the phrase “a day that will live in infamy” he was referring to the attack on Pearl Harbor, December 7, 1941. Today, to most Americans, that phrase should apply to September 11, 2001. It has been eighteen years since the events of that day changed the world we live in. Thousands of innocent people were slaughtered by the evildoers in the name of God, out of hatred and cruelty that exists in the hearts of mankind.

Untold numbers of people since then have suffered and perished, they who defended, they who responded, they who braved the perils, they who all too often have been unconscionably ignored by too many elected officials and overlooked by the media.

The families, friends and colleagues who have been left behind, though they must move on, can never shed the memories of loved ones taken before their time by the criminal sub-human ideologues who perpetrated these  acts.

We will never forget September 11, 2001,  this day that lives in infamy. Honor humanity. 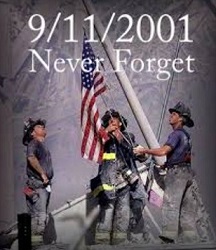